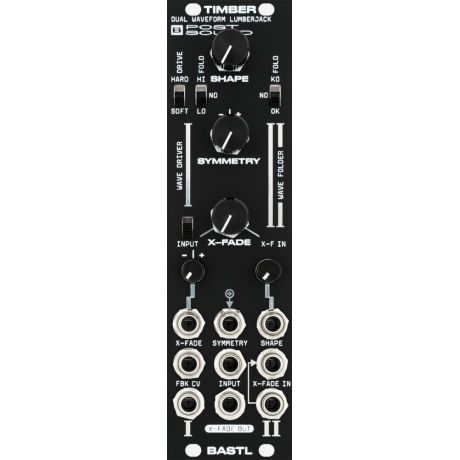 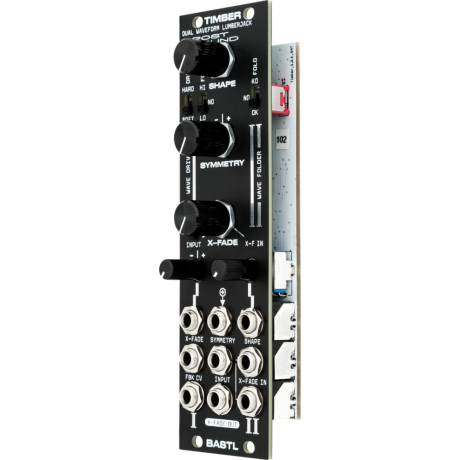 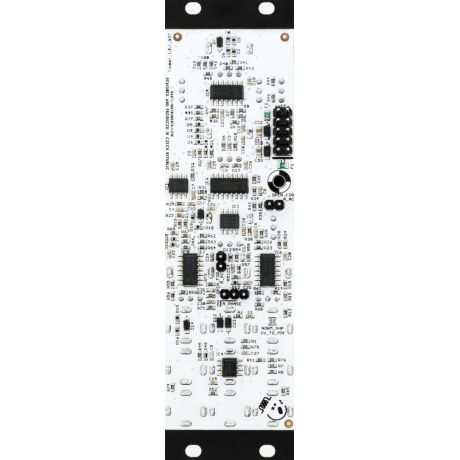 Timber is very flexible wave shaping module that can produce rich timbres by adding harmonics to simple waveforms (triangles and sinewaves) or any other signal.

It has 2 different unique wave shaping circuits – I. – the WAVE DRIVER and II. -the WAVE FOLDER and voltage controlled crossfader to fade between the different circuits or between one of them and the clean input signal.

Both circuits share the same control voltages: the SHAPE which sets the input amplification before the wave shaping circuit and the SYMMETRY control which adds voltage offset to the input signal to provide various asymmetric overdrives or wave folding sounds. There is also voltage FBK CV jack which when provided with positive voltages feeds respective portion of the output signal back to the input which results in chaotic and aggressive behaviours. It is calibrated to work well with 5V gate voltages.

II. the WAVE FOLDER is a novel take on the serge style wavefolding circuit which has specific behaviour to abuse the high gain of the input amplification stage to provide rich high frequency timbres with higher settings of the SHAPE parameter. It has a configuration switch which can either activate clean 4 stage wavefolding in the OK position or highly asymmetric folding stage in the KO position that provides strange metallic character. The NO position provides only the very last overdrive-folding stage. 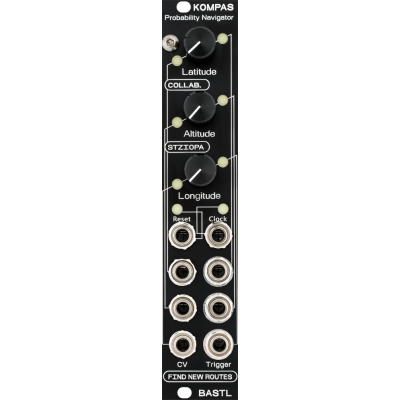 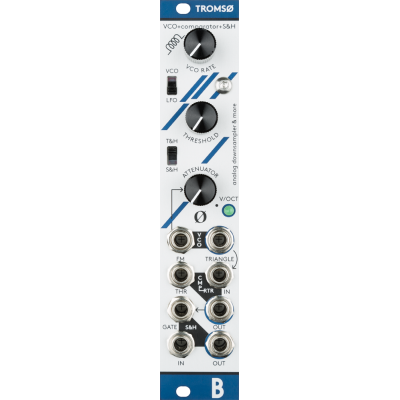 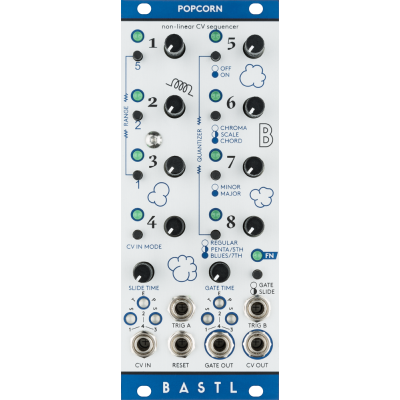 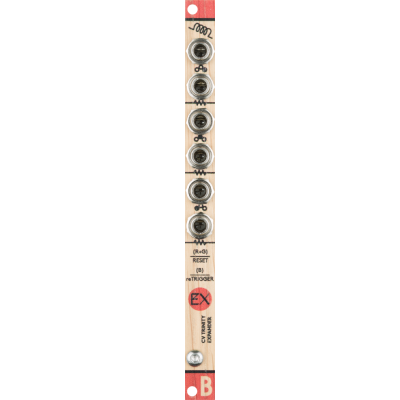 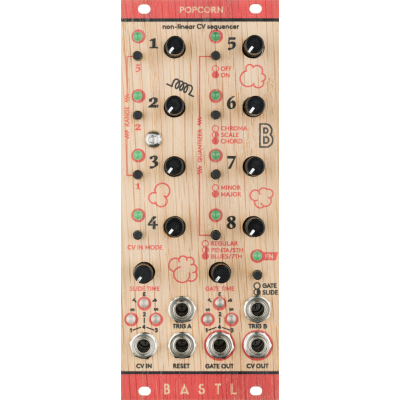 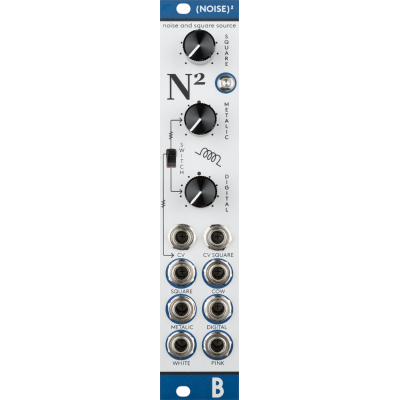 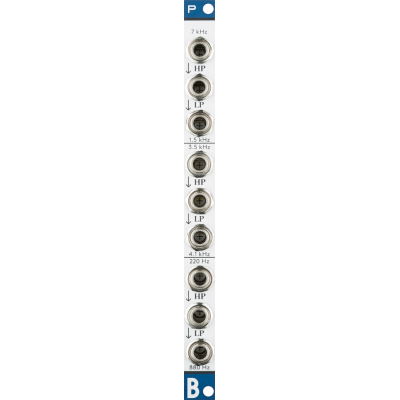 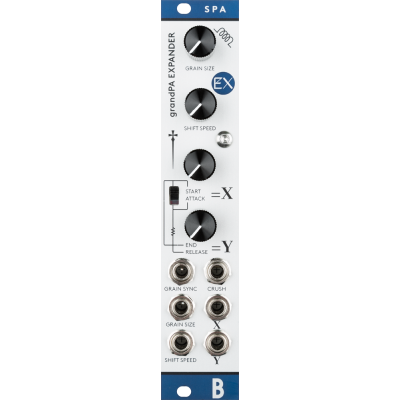 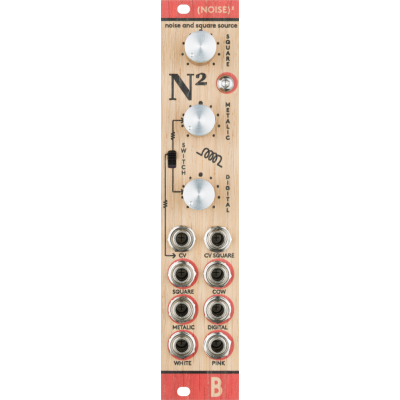 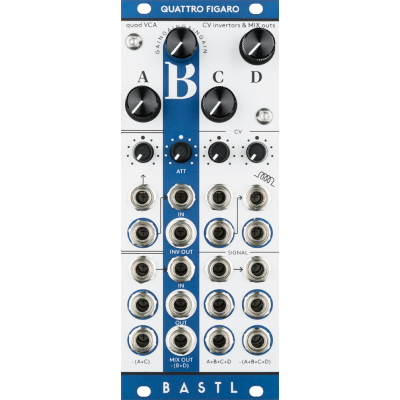 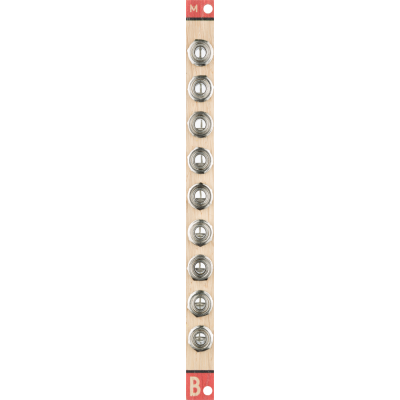 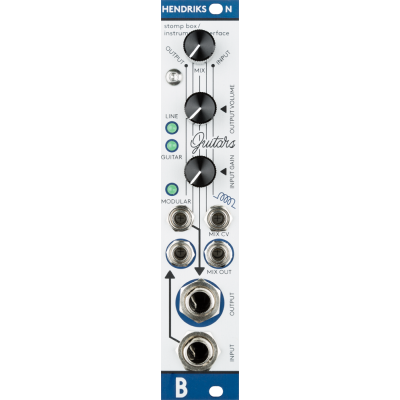 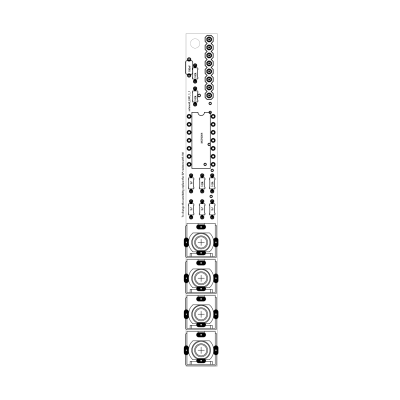 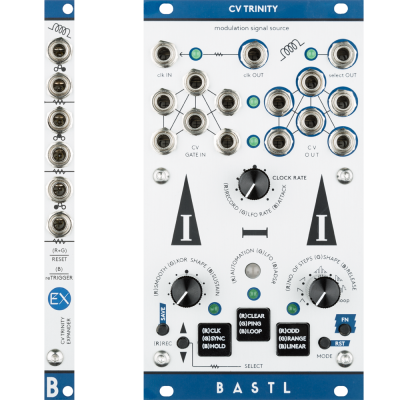